Home >Academic Sample>Are the liberating Power of Literature testified by Balzac and the Little Chinese Seamstress?

Little Chinese seamstress is a fiction film which revolves around Chinese culture of the late 60’s, the narrator of a story was a young man who lived in the village. Dai Sijie is a writer of the novel; the story describes how teenager Luo and his family come across Western Literature. The story also emphasizes the power of literature that it can fresh mind in an uncontrollable and surprising way.

This story was to re-educate young individuals by moving them to rural zones from urban zones for working and learning. This story was introduced, when in China lack of literature have made many people receive a basic education due to cultural diversities.

Liberating power of literature means facts in the story make readers mind fresh and all characters portray positivity. The novel has deeply dealt with the theme of education and literature and has emphasized that these empower person. The overall story revolves around to educate two teenagers who are illiterate and uncultured from Little Seamstress. Sijies in the story has explained facts what he faced during teenage life related to academic educations.

The world of literature seems to be magical for the narrator Luo because of illiteracy faces during childhood. When the literacy was discovered in the village, it overturned two young man characters and a barrier to education overcame. This story describes that literature is a source of freedom in a way that education gives power and believe in oneself. As in the story, it has depicted that a young man makes a relationship with literature and gain freedom towards power.

All content in a story written in clear language without unhidden words, that is a proof of liberal thinking of the writer. However, at some points, Sijie in the novel did not sentimentalize the power of literature and it shows complex understanding for some readers. As there are many dynamites perspectives of liberation in different people this encounters a little dangerous side of the story.

Contradictory, for the professionalism of literature, this novel exiled out as a great impression and motivates them. The vibrant power of liberation moves the reader to another level of literature by showing deep impressions. The testified character of the literature shows by justice glimpse in the story that affected the young man. The novel describes that literature gives the power to emphasize social justice and learn realities of life.

The story portrayed Chinese civilization and shows that valuing literature give an individual social identity and good education and literacy vocation enrich positivity in mind for following best culture. The liber power of literature tends to emphasize the point that discovers in a story about the devastating effect of not releasing literature. Literature motivates a person and gives the power to understand life realities that open gateway to many hidden stories.

Another perspective that shows literature revolution in Chinese is that young man in the story allowed to watch films at the cinema and show storytelling talent. Afterwards, young boy gain popularity, this will be a hallmark success young man gains due to literature power. The story has a deep influence that it motivates readers and kept involves from start to end of story. The approach used has shaped out the society perspective regarding cultural values and education liberation in China.

Information regarding research paper on Processes of Social Interaction 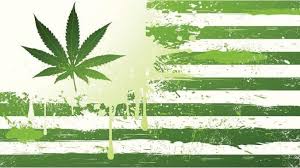 How Marijuana was brought to America?

Book Review: The Wonderful World of the Great Gatsby