Building a wall along the Mexican border is one of US President Donald Trump’s pet fancies.

However, not all Americans are convinced about the idea, and opinion is divided in a country that takes pride in its multi-cultural, settler roots. Here are some pros and cons of the Mexican Wall.

The problem of illegal immigrants is huge in the US. Illegal immigration, besides being a drag on the economy, brings with it serious problems, such as crime. Most illegal immigrants, especially those from Latin America, come through the 2000-mile long, porous Mexican border. Proponents of the wall argue that a wall would be easy to patrol and create physical obstacles for immigrants, leading to a significant reduction in their influx.

Economists would have us believe that the wall would contribute greatly to the economy by creating jobs at a time when the employment rate is worrying. The construction of the wall would put thousands of Americans to work, who would also pay taxes and spend more, thus filling both, private and public coffers.

3. Drug trafficking could be controlled

The Mexican border has always been one of the world’s most heavy conduits of the illegal drug trade. The border is long, with terrain that is challenging to patrol, and allows movement under cover to traffickers. A wall that allows crossing over only at specific checkpoints would make it much more difficult for drug traffickers.

The wall would cost billions of dollars to build at a time when the US can ill-afford it. The trade-off between the cost of illegal immigration and building a wall would be marginal, if any, according to those who oppose the wall. Trump wants Mexico to pay for the wall, but the latter has refused since it’s not their problem. So, ultimately the American taxpayer will bear the cost.

2. Illegal immigration would not stop

Skeptics of the wall claim that the wall would hardly serve as enough deterrent for someone determined to cross over to the US. People could tunnel under the wall or simply cut the barbed wire at unpatrollable places. Further, there are many other ways of entering the country illegally, such as by boat through the Pacific Coast or the Gulf of Mexico, or to fly in and overstay.

Environmentalists believe that he wall would have an adverse effect on the complex ecosystem of the area. It would hinder the movement of wildlife, divide species and encroach upon their habitat. Conservationists are worried that the US government is bypassing environmental laws in its attempt to build the wall, leading to an impending disaster.

The fall of the Berlin Wall sent a message of hope, unity and positivity. The Mexican wall, in contrast, would send a very negative message to the rest of the world. It would make America appear as a divisive and unwelcoming country, rather than a friendly and accommodating one. 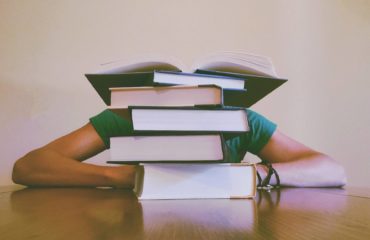 Financial Problems for the Juvenile Department